Mystery & Magic of the Manitoba Legislature

Featured works of my most recent gallery show.
Read More 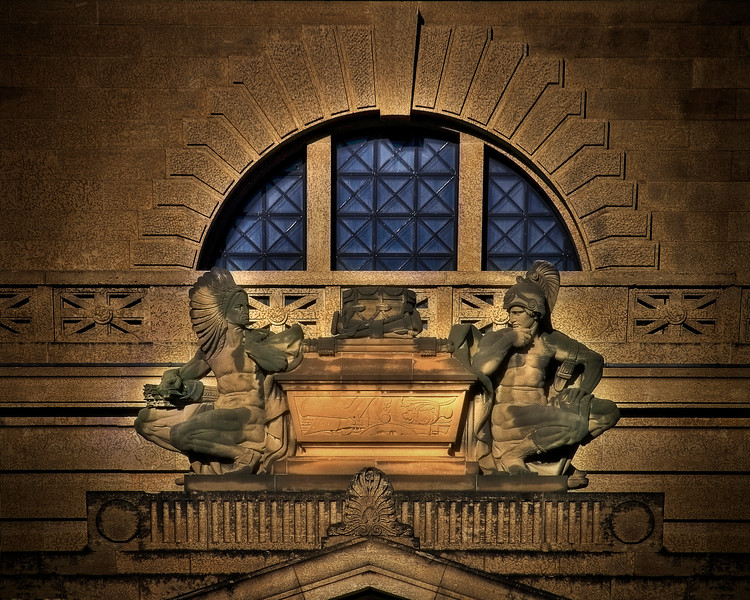 THE WAR CHEST (THE ARK OF THE COVENANT)

Referred to by legislature tour guides as the war chest because it is flanked by the western Roman soldier and an Aboriginal chief, this trunk also meets the measurements of the Ark of the Covenant.
It is described in the Bible as a small chest, made of acacia wood, measuring “two and a half cubits long, a cubit and a half wide, and a cubit and a half high,” (Ex. 25:10) overlaid with gold and containing the tablets of the Law. Attached to the Ark’s covering lid were two Cherubim, feared mythological creatures of antiquity who were familiars, bodyguards, and courtiers protecting the so-called “Majesty of God.”
Similarly, directly above the Lt.-Gov’s Reception Room on the exterior roof is a stone chest measuring in equal proportion to the Ark of the Covenant flanked by two warrior figures. -- Frank Albo, 2004